Skip to content
Home » Umbrellas » Why Umbrellas Have a Pointed End 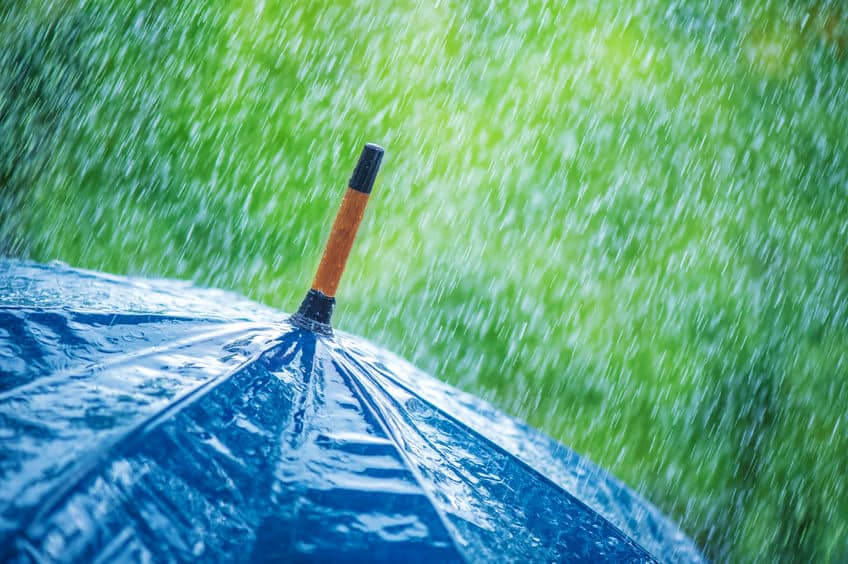 The umbrella is a classic accessory and functional tool that hasn’t changed all that much over time. From the long hooked handle to the curved canopy to the spiked top, it’s safe to assume this design is pretty much perfect.

The reason umbrellas have a pointed end, or ferrule, isn’t apparent, but it likely mimics the spike of a walking stick and provides good traction. Victorian women also used umbrellas as weapons, which may have influenced the design. The ferrule also ensures the umbrella stays together correctly.

The exact history of the pointed ferrule remains a bit of a mystery, but this little piece holds a lot of importance regarding function. We’ll go more in-depth on its purpose, some possible reasonings behind the pointed end, and how the umbrella has become modernized.

Before we get deeper into why the end of an umbrella is pointed, let’s cover the basics.

According to The Oxford Dictionary, the ferrule is a metal cap or ring that forms a joint. In the umbrella’s case, that’s precisely what it does. This little ring plays a big part in holding your umbrella together and keeping you dry.

The ferrule’s primary function is to attach the canopy (the stretched fabric that the rain hits) onto the shaft (the long rod that holds the umbrella up).

The most significant responsibility of this metal tip is to prevent the canopy from sliding off the end. Nothing would ruin your day like getting drenched in a downpour because the fabric fell right off your umbrella, so we can thank the trusty ferrule for holding it all together for us.

The ferrule, however, is not a one-trick pony. This tiny metal cap plays another part in keeping your umbrella in one piece. Some umbrella shafts are composed of wood, primarily from ash trees. While this is a sturdy material of choice, it’s not immune from the power of the elements.

When wet, the fibers in the wooden shaft expand, so the ferrule helps prevent the wood from cracking or splitting. Who would have thought this little piece would have such a significant role?

Women of the Victorian era loved parasols. While few of us think an umbrella is a fashion statement these days, ladies of the 19th century thought differently.

Victorian parasols were ornate, stunning, and even used as a weapon. As women became more independent, they soon realized they needed a way to defend themselves from men’s unwanted advances.

Sharp yet functional hatpins became the weapon of choice for these ladies but were soon banned for the amount of damage these accessories were causing.

Consequently, umbrellas became a new tool of choice. Despite this, It seems unlikely that umbrellas got their pointed-end design from the need for self-defense, as European use of this rain-shielding accessory dates back to the 1600s and beyond. That said, using umbrellas as weapons may have encouraged longer, pointier ferrules to stay around.

Umbrella combat became increasingly popular when women started instructing Victorian Umbrella Defense classes. These days, you can purchase self-defense umbrellas like this popular safety umbrella on Amazon. Every purchase also comes with a free downloadable tutorial to give you some defense tips and tricks.

Though much less exciting than the thought of parasol street combat, it’s probably more likely that the long ferrule was added so the umbrella could double as a walking stick.

As people carried umbrellas upside down by their hooked handles, a lengthier point at the end would help prevent the fabric canopy of the umbrella from getting too dirty or tattered.

These became the new go-to accessory for Victorian men and replaced walking sticks. So, it would make sense that the more extended ferrule may be connected to these.

Relatedly, canes or walking sticks also have ferrules at their ends. Some are even available with spikes on the point-end for improved outdoor traction for use on trails, mud, or ice. A product like the SE Natural Wood Walking Stick with Steel Spike on Amazon resembles the umbrella’s pointed ferrule.

An umbrella’s pointed end likely draws inspiration from the design of a walking stick, mainly because of when it gained popularity.

Do All Umbrellas Have a Pointed End?

The ferrule is critical in keeping the canopy attached to the staff. Without this piece, you’d always risk the fabric sliding off when your umbrella is open.

If you take a look at classically styled umbrellas and parasols such as those from the Victorian era, you’ll see that not only are they much more ornate, but their pointed end is much more, well, pointier than most of the ones you’ll pass by while walking the streets of Seattle.

In the age of convenience, many folks opt for collapsible umbrellas that can fit easily into a purse or backpack. Those antique Victorian ones are not going to be the best when it comes to saving space.

Instead, lots of modern umbrellas have a flatter ferrule. Rather than forming an aggressive peak, it acts more like a cap. The ends of some umbrellas on the market still have that iconic point at the top, but others are discreetly placed and lay much flatter. Ferrules camouflage much better now than they once did.

Does It Act as a Lightning Rod Since Its Metal?

Chances are, the ferrule of your umbrella is not going to make you an automatic lightning rod. Lightning will always take the path of least resistance, aka the fastest way it can get to the ground.

There’s nothing automatically magnetizing about metal and lightning. Metal is a conductor of electricity, so using it in a storm might not be the most excellent idea, but you won’t attract lightning any more than usual. If you aren’t the tallest object in the vicinity, you likely don’t have to worry too much about this.

Victorian women’s usage of umbrellas and parasols as weapons may have influenced the style. However, it’s more likely that the umbrella’s popularity as a walking stick caused practical features like the spikey end to transfer over to the new popular accessory.