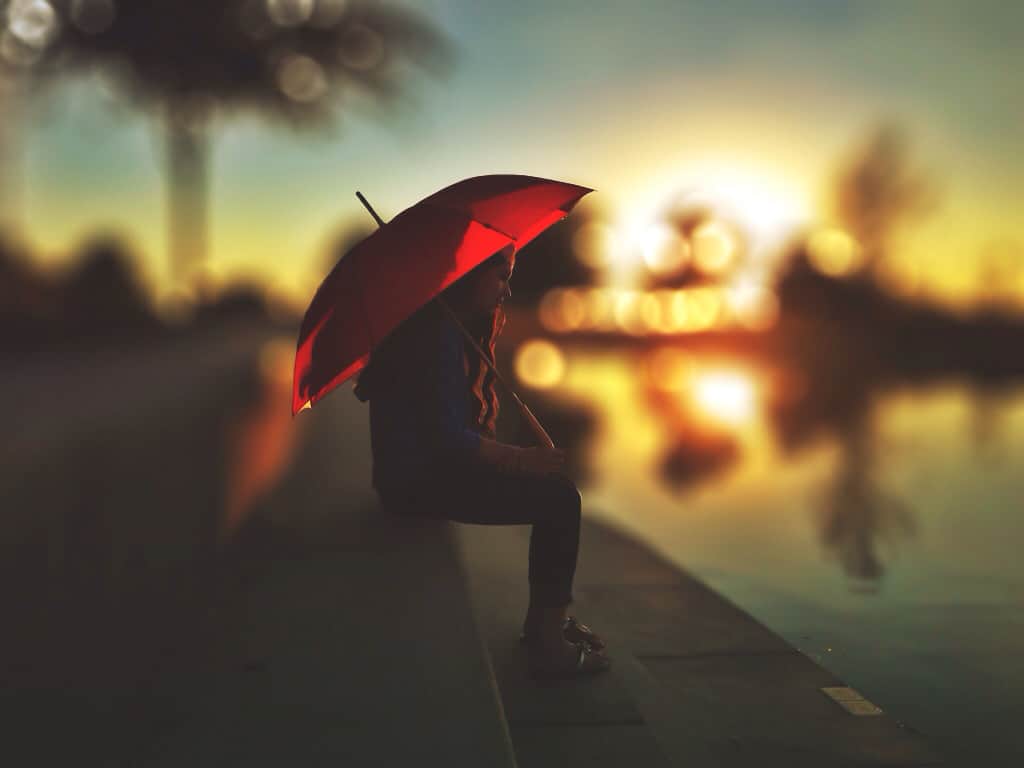 The umbrella has been a societal staple for centuries, protecting heads from torrential downpours and even blocking out blazing sun rays. Umbrellas can be traced back to ancient times, but there’s far more to learn about this everyday accessory.

The first umbrella dates back to the Aztec region of Mesoamerica, later featured in ancient Egyptian art.

The word “umbrella” also has Latin roots, stemming from “umbros,” which refers to shade. Umbrellas were also once practical for self-defense purposes too, especially for women.

This article will discuss the umbrella’s fascinating history and other facts.

What Is an Umbrella?

The umbrella is a collapsible plastic or fabric canopy, often stretched across a metal or wooden skeleton and supported by wood, metal, or plastic pole.

Since the umbrella canopy is waterproof, it offers unrivaled protection from the harshest elements, including rain, direct sunlight, and wind.

The History of Umbrellas

The origin of the early umbrella dates back to the Aztec region of Mesoamerica. Early forms of the umbrella — constructed with feathers and a long central pole — are depicted in ancient Egyptian art.

By 2310 BC, the umbrella reached the Ancient Near East and later spread across the globe. It was not until 1923 that the modern collapsible umbrella was born, constructed by the Balogh brothers in Hungary.

Today, the umbrella is one of the most common household items. Many individuals keep an umbrella with them in preparation for any sudden change in weather. Many people also believe in superstitions about umbrellas.

For example, it is a common expression that rain will probably not come if you remember to carry your umbrella; however, it may rain on the day that you do.

Read more about the umbrella’s 4000-year history in this article.

The Umbrella For Self-Defense

In some situations, the umbrella has proven effective as a self-defense mechanism. This unusual trend started after a 1902 newspaper article suggested that women carry umbrellas to protect themselves from attacks. However, the umbrella has also also doubled as an attack weapon by criminals.

Self defense security umbrellas are available on Amazon.

Umbrellas Have Been in Countless Blockbuster Films

Speaking of self-defense, the umbrella has been around just in time to save some of the most infamous movie stars throughout film history. For example, a bullet-firing umbrella was featured in the 1992 film Batman Returns. They also play a prominent role in Mary Poppins.

The Umbrella Is Often Used in Rituals

In Buddhism, an umbrella-like object is often laid over statues of Buddha as a sign of respect. The umbrella earned a spot on the Church’s coat of arms in Catholicism.

Past Popes have been spotted using a church-issued umbrella, although this tradition seems to have died out. The umbraculum has traditionally stand as a symbol of honor.

Umbrellas are Often Featured in Art

Artists such as Monet and Renoir have also illustrated umbrellas in their paintings at some point during their careers.

There are Many Types of Umbrellas

The most common types of umbrellas are the parasol and the traditional umbrella. Unlike the classic umbrella, the parasol cannot repel water, dirt, and snow. Specialist wind-proof and self-defense umbrellas are available as well as automatic and inverted closing umbrellas.

Other past variations include the oil-paper umbrella and the less practical umbrella hat.

Check out this umbrella hat on Amazon.

The Umbrella’s Name Has Latin Roots

The name umbrella comes Umbrella’satin word “umbros,” Latin for “shadow” or “to provide shade.” Their origin in countries with little rain helps explain why they were needed for shade before they were used to protect from rain.

Read more about how the umbrella got its name in this article.

The widely used modern umbrella resembles the umbrellas common in ancient Greece and Rome. It was not until the early 20th century that the umbrella’s design featured moving pieces. The first modern umbrellas couldn’t open and close like the convenient, foldable design that fits into a purse or glove compartment.

Umbrellas have starred roles in film, religion, and everyday life for centuries. Today, the collapsible umbrella is a trusty tool for shelter from rain, snow, sunlight, and wind. And since modern culture appreciates umbrellas over protective apparel, it is unlikely to fade from the public eye.

Ever wondered if you can take an Umbrella on a plane? Find out in this article or why umbrellas have hooked handles. Find out here.