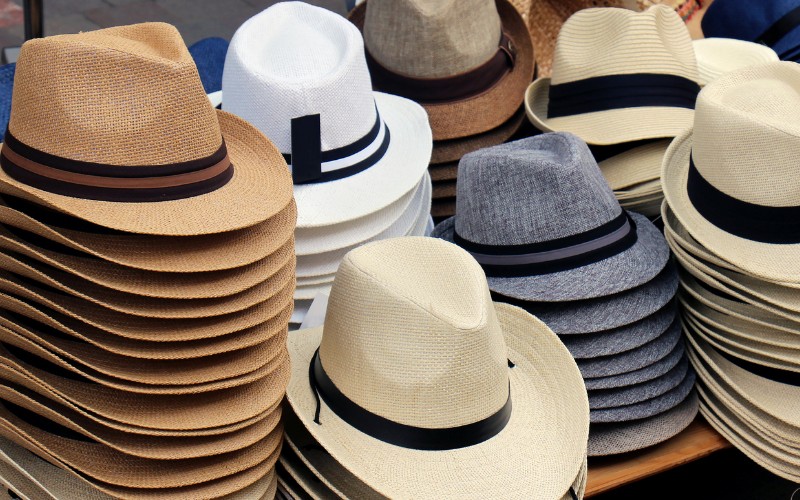 Fedoras might be the most all-around favoured hat style. Its trademark shape and defining features make this hat easy to spot – and it doesn’t hurt that it helped define iconic cultural figures like gangsters and musicians. The massive widespread popularity of the fedora has led to a wide range of variation with the specific style. The truth is, there are more variations than we can count!

This variation of the fedora style is understandably one of its bolder versions. Intimidating, assertive, and at times mysterious, it became known for its use by gangsters during and around the 1920s. These hats were often made in darker shades, and detail bands would be present yet usually discrete.

Gangster fedoras would also usually feature specific creases – one at the top and one on each side, at the front of the hat.

On the opposite side of the spectrum, the short-brimmed fedora was a favourite by musicians and Hollywood stars of the Golden Era. Also a common style amongst the general public, this variation of the fedora was a true staple of its time.

Charming and easy to wear, it made for a traditional, dapper look championed by celebrities such as Frank Sinatra and, years later, Michael Jackson. Its massive reach made the fedora a favourite for many other famous figures throughout history.

Between all of the versions that the fedora style provides, the narrow-brimmed fedora is perhaps the most sought-after.

The Pork Pie is preferred by many for its narrow brim and narrow crown, traits that make for a memorable look. From Yogi Bear to Walter White, many pop culture figures have sported the style well, claiming it as part of their identity (and essential in their Halloween costume recreations!).

While still maintaining the main traits of the “regular” fedora, this style contains no creases at the side of the crown, but rather just one indent that outlines the circumference of the hat at the top.

Check out this popular Kangol hat found on Amazon.

In line with its name, the Mountain Fedora offers the perfect option for a day out on the sun. Featuring a wide-brim and indents at the top and at the sides, the hat contains similar characteristics to the gangster fedora variety, though aesthetic choices differentiate the styles quite significantly.

Lighter materials and colours, accompanied by fun and sometimes rustic details brings out a far more laid-back, adventurous side of the style.

If you’re eager to add a fedora to your collection, rest assured that the perfect one is out there just waiting for you. Whether you are on the lookout for a classic, everyday staple or a bold accessory for your next adventurous walk, the fedora has got your back!

The ever popular Stetson Bozeman (Amazon)