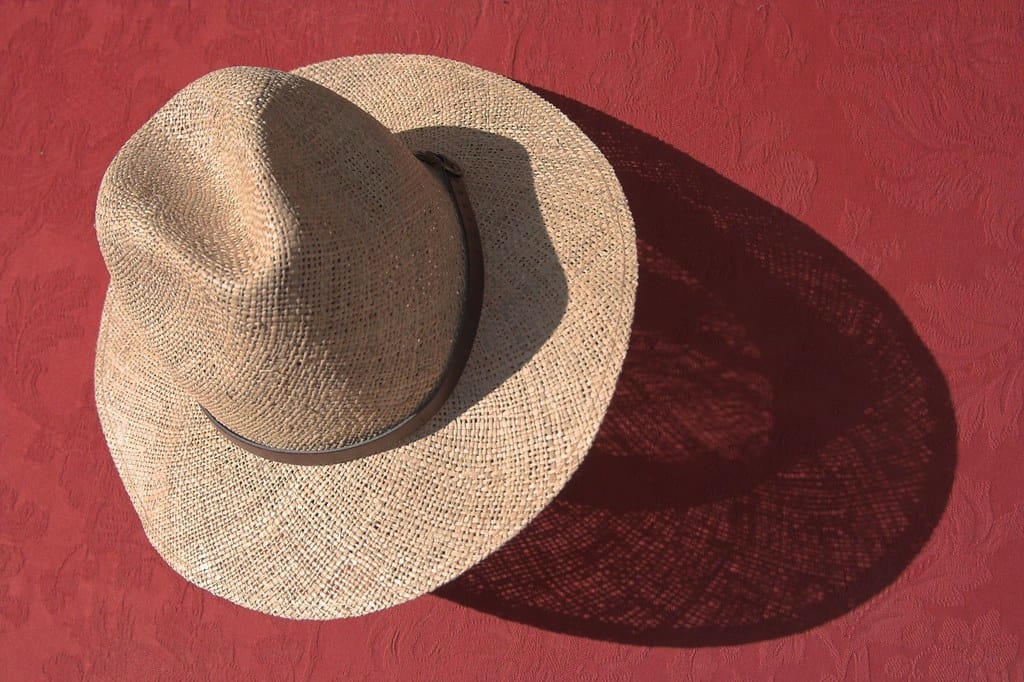 We all know that fashion trends come and go, but not everyone suits the same styles.

People with round faces should avoid wearing hats that are round or floppy. Contrasting shapes and angles are preferable to create better overall balance.

The following five examples are useful to work out what styles might best be avoided.

People with round faces should avoid floppy-brimmed hats. Unfortunately, this includes sun hats.

The floppy brim accentuates the overall roundness of the head, so it isn’t ideal.

However, go for it if you don’t really care about balance and would rather have a rounded aesthetic. Protection from the sun is more important than how you look.

Another option that can work with round faces and keep out the sun is a bucket hat. The brim on these hats tapers down rather than straight, creating an elongating effect.

Check out this popular bucket hat on Amazon.

Take me out to the ballgame. Or not? Unfortunately, baseball caps make round faces look rounder.

So when you go to a baseball game, it may be best to stick with a headband or no head accessory. After all, sports shirts are more in style anyway, so you can stick to those to show off your favorite team.

If you want to wear a ball cap, the best option for round face shapes is the snapback, as they have higher profile crowns, and the straight bills add angles.

Check out this style on Amazon.

Sadly, the round brim and crown of the pork pie hat don’t create balance for a person with a round face.

Walter White made the pork pie hat famous in recent years in breaking bad and before that, none other than Yogi Bear. The flat round shape, though, can clash with the features of a round face. A hat giving a taller look would suit better.

Also known as a golfing hat, the flat cap is popularly worn when golfing and has come back into fashion in recent years, with shows such as Peaky Blinders making them a popular choice.

Don’t worry, though—flat caps can’t be pulled off by just anyone, so you’re not alone.

A variation that can work well for people with rounder faces is the newsboy cap. This shape is fuller, wider, and less rounded.

Check out this style on Amazon.

The derby is perhaps one of the worst shapes and styles for the rounder face. The rounded crown and the fact that it is designed to sit low on the head make it unsuitable.

By contrast, if you want a traditional hat, the top hat can work very well to offset round shapes.

People with round faces should avoid round or floppy-brimmed hats and opt for more angular styles. Fortunately, there is no shortage of hat styles on the market to suit people of all shapes and sizes.

Go here for suggestions for hat styles suitable for round face shapes.